Flying Circus is an in-depth, highly detailed Powered by the Apocalypse-derived roleplaying game of aviation fantasy, set in a world of machines and magic inspired by the works of Hayao Miyazaki.

In the aftermath of a massive industrial war, the world is slowly pulling itself back together, but danger still lurks in the skies of Himmilgard. The only thing standing between the world and chaos are the brave pilots of the Flying Circuses, indepedent mercenary companies known for the bright and unique liveries of their salvaged aircraft. No mission is too bold, no monster too big, no foe too dangerous... if you can afford it.

Flying Circus uses a unique system for air combat, eschewing top-down maps and treating Altitude and Air Speed as currency to be spent in daring and realistic dogfights. Climb to gain the advantage, dive to regain speed, pull your plane into dizzying turns to get on their tail. But you also face realistic limitations, as your engine burns out, your wings crack and break, and you lose consciousness in a high-G turn.

In addition to the powerful air combat engine, Flying Circus has robust systems for battles and daring escapes on foot, for pilots to blow off steam in between missions, and for the financial and social aspects of running the company. Pilots always live on the edge: between excess and stress, between riches and ruin, between victory in the skies and impact with the ground.

Flying Circus features ten unique playbooks, with both strong hooks to get started immediately and considerable framework for customization and progression over the course of a long campaign. The playbooks also come packed with 48 unique aircraft, both historical and fantastical, to populate your games, as well as a variety of threats, mission prompts, advanced rules, and GM advice.

This game touches on mature themes regarding violence, sexuality, and drug use. There is a degree of illustrated nudity.

If you purchase a PDF now, you will get a discount on the print version when it becomes avaliable. 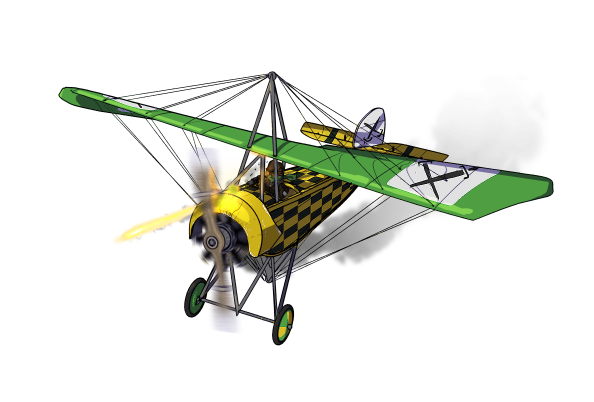 In order to download this game you must purchase it at or above the minimum price of $25 USD. You will get access to the following files:

This book is frankly brilliant, and I haven't seen a group jump to play something from just the pitch as quickly as they have for this. If I have one criticism, it's that the book takes a lot of time telling you what the fluff is, or what the subtext for a playbook is. RPG's are about finding what resonates with you in what's there, but I doubt Erika is going to break down my door when I use the Witch playbook for a Zen Monk or what have you.

I'm so glad this is doing well, Erika! Highly recc this game to everyone if they like planes! 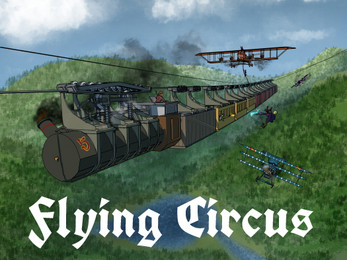